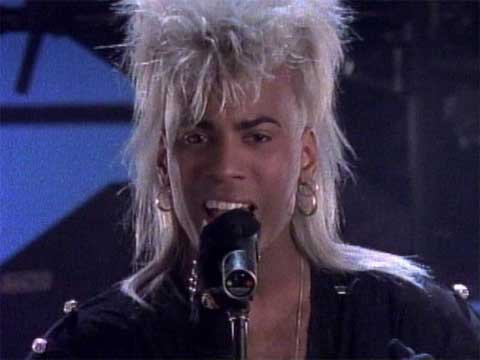 We at Paradise Rock were very pleased to announce a few weeks back that Jean Beauvoir and his Crown Of Thorns partner in crime Micki Free are heading over to the UK in April to do an acoustic tour. Since then some further dates have been announced for Europe.

All of this is very exciting stuff for fans of Jean Beauvoir – including us. So we had to take the opportunity to sit down and have a good interview with Jean.

Hi Jean, thanks for doing this interview with us today. First off, you’re coming over to the UK in April with Micki Free to do four acoustic shows. Are you looking forward to playing in the UK again and what’s your impression of the UK rock fans?

Jean: Absolutely! I always loved playing the UK and the fans have always been great!

Why did you decide to do the sets acoustically instead of a full electric set? What are the advantages of playing acoustically?

Jean: Just wanted to try something different. It’s interesting to hear the songs stripped down and cool for the fans I think. It won’t be 100% acoustic, we’ll use electric guitars as well, but it will just be guitar and voice.

Can we ask about the songs that will be in the setlist? Will it be songs from across your career’s or will they focus on a particular point? Will we hear any new material at the shows?

Jean: The setlist is focused on songs written by myself and Micki, early Crown of Thorns including “Raw Thorns”. We’ll also mess around with a few covers… We probably won’t do any new material as of yet.

Do you have a favourite song to play live?

Jean: Not really to be honest, but perhaps Crown Of Thorns and Dying For Love when it comes to full band… We’ll see with just the two of us!

Do you and Micki have any plans to release a new album together and if so is it likely to be under the Crown Of Thorns name?

Jean: We have been talking about it for a while now. I don’t know and we’ll have to see what comes up. The dates are a good opportunity for Micki and I to spend time together, vibe, brainstorm and see what comes out.. We live on opposite ends of the country, so we actually don’t get to spend much time together.

What projects are you working on at the moment?

Jean: As a writer, I’ve written songs for some very cool Asian artists recently, I’m working on a TV project, just finished a film treatment, this tour, cutting some various demos in my studio and we’ll see what comes of it. I’ll be doing a little work with Max Norman (Producer Ozzy and Megadeth) in the next couple of weeks and vetting out a new project for Haiti.

Jean: I’d say the proudest moment is when I finally had the opportunity to make my first solo album and for it to be successful. As far as challenges, there have been many of those!:)… This business is a roller-coaster, you go up and down and you have to continuously come up with new ideas, new songs, re-invent yourself, make business decisions that keep you forever on your feet!

Some of your solo material tends to be more pop/RnB than your Crown Of Thorns material – are these all just different sides to you or do you have a favourite style of music to play and write?

Jean: I’d say different sides, my influences growing up spanned for Zeppelin, Hendrix, Clapton, Motown, Joplin, KISS, classical and so on. I just love music and how it makes me feel, sometimes different types of music satisfy my emotions depending on the state I’m in. As far as performing, it’s the same, I love to perform emotional songs that move people in a certain way and at the same time, I love to rock hard and feel the power of those drums and blasting Marshall’s, It’s a rush!

How did the collaborations with Gene Simmons and Paul Stanley come around, and is there likely to be any more in the future?

Jean: I met Paul in a nightclub in the 80’s. We became friends and that slowly led to working together. I met Gene through Paul while working and hanging out, we later formed a partnership for handling Crown Of Thorns in the early 90’s…

While we’re on the subject of Gene, the way he tends to be portrayed by the media is as a rather serious, hard nut. What’s the real Gene like when the camera’s are off, and how did working with him affect/influence you?

Jean: Not much different! He’s very intelligent, has a great knack for business and truly appreciates talent… I enjoyed working with him very much. A lot learned, he’s a pretty funny and entertaining guy..

In the late 90’s/early 2000 a lot of bands started playing rock/metal and rapping the lyrics. I always told people that this whole genre sprang from Faith No More and Crown OF Thorns (citing “Are You Ready?” as proof). Do you yourself feel that you helped start this trend?

Jean: In my mind yes! I don’t know now if people really realized that we were one of the first.

As a child, you were a drummer but switched to bass – why did you decide to change and do you still drum at all?

Jean: That’s right, I decided to change when one day, my dada opened the front door, took my drums from upstairs and threw them clear out that door! I felt at that point, I’d be best suited to find a quieter alternative if I had any wish to continue music at all… I moved to bass next and the guitar. As a drummer, I was a lead singer as well, so I always sang regardless of the instrument.

Where did you have your first gig?

Jean: I believe it was a junior high school dance…

Who is your biggest musical inspiration?

Jean: I actually don’t have one… As I named earlier in the interview, there were several or many artists that were inspirational to me…

What is your favourite song, and is there a song you wish you had wrote yourself?

Jean: Difficult once again! There are tons of songs I wish I wrote, Stairway to Heaven for one… I actually saw the “Heart” rendition of that song at the Kennedy Center Honors and it reminded me of what a great song that is, but once again, I loved songs by the Supremes, Jackson 5, and many others, so in short, I’ve heard too many great songs I my lifetime to be able to choose one…

You’ve worked in the music scene since you were very young – what advice would you give to young aspiring artists?

Jean: Sing in the shower and go get a real job!!! That’s a joke 🙂 I’m actually a true believer that you should follow your heart, your dreams and works towards what you believe will make you happy… I did and it worked. Not sure how exactly when I think back:). I’d say, perfect your craft as an Artist, whatever you are doing, vocals, an instrument etc. Arm yourself with the most and best tools possible, learn as much about the business as you can and go forward. Find people who you admire, be persistent and don’t let anyone distract you from your vision of where you want to go…

You founded the Beauvoir Haiti Foundation to provide help after the earthquake there – is this still providing aid and if so how can people contribute?

Jean: Yes, we did many things, distributed soap with a company called “Clean The World”. My family helped by maintaining some camps that housed many of the homeless. We were working towards rebuilding our clinic which was destroyed, but have not raised the funds. We have some other projects on the horizon, which we are researching now to hopefully start a pilot program soon. Details for that will be forthcoming.

After the shows in April, what’s in store for us Jean Beauvoir fans to look forward to?

Jean: We will see… We plan to do some recording as Beauvoir-Free and my other ventures that I mentioned earlier on in this interview are in play… Just keep your eyes open and let’s see what happens, I’ll keep everyone posted via my websites…

Finally is there anything you’d like to say to your fans here in the UK?

Jean: Thank you for your support and look forward to seeing you all soon!