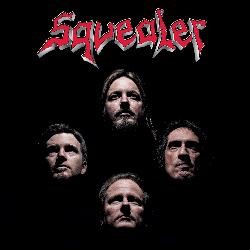 Press Release: PRIDE & JOY MUSIC is proud to announce the signing of German Metal veterans SQUEALER! The band based in Hessia, Germany has released seven successful studio albums between 1992 and 2008.

After the group’s hiatus which started after the 2008 release “The Circle Shuts”, SQUEALER united in the year 2016 with new singer Sebastian Werner and already have completed the works on a new album and played several gigs including the prestigious 70000 Tons Of Metal festival.

With the new label PRIDE & JOY MUSIC in the boat, the work on the PR of the new long-player “Behind Closed

Doors” (out: February 23rd. 2018) will begin shortly. The band comments: “We’re happy to have found a new home on Pride & Joy Music. After a couple of meetings and conversations, we’re convinced that we, together with our new team, will reach our goals. We’re looking forward to a close and successful co-operation.”