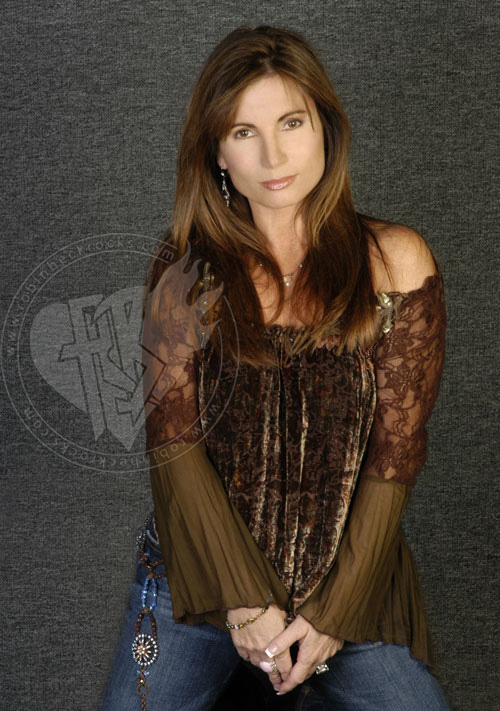 Brooklyn girl Robin Beck is a household name to melodic fans around the world,

especially since she blasted back with 2005’s “Do You Miss Me”. Since then Robin has released several albums, worked on a number of projects, and even started her own label. With her next album due out soon, and a whole host of shows in the pipeline, we had a little chat with the First Lady of melodic rock.

Hi Robin, thanks for doing this interview with us today.

Firstly, 2012 must have been a busy year for you, with Rock Meets Classic and Legends Voices of Rock. Were there any particular highlights or challenges for you in 2012, or indeed in your career as a whole?

Robin: I really did have a busy year and it was great fun. There were many highlights but I really must say that working with RMC and the artists on the tour were magical. Working and hanging with Jimi Jamison and Steve Lukather was like being at a comedy club non stop. We had such a great time together. Lots of laughs. I have not done a legends tour yet but anticipate that it will be a great experience as well. My tour was a great experience for me and I can’t wait to come back out again.

You’ve recently announced that the title of your upcoming album will be “Underneath”, can you tell us anything else about the album?

Robin: Hummm… It’s rockin’! Don’t want to give too much away. But soon I will have plenty to say. I will mention that it’s gonna be one of those you’ll just wanna play and play and play.

Your work and projects over the past shows quite varied styles, leaning towards different genre’s of music. But the title “Underneath” suggests we are going to be getting a look into the inner Robin on this album, are we maybe going to see more of the real you or a deeper view than ever before on “Underneath”?

Robin: This songs are universal… I feel that it’s more about what many would like to say but don’t know how to. They all have a point of view… but not necessarily a deeper insight to me.

How long was the writing and recording process for “Underneath”?

Robin: Well I didn’t actually write this one so I couldn’t say… but it only took me one listen to know that the song was perfect for me.

Do you have a favourite song on “Underneath”, or one of personal significance? Also is there a particular song on there that you cant wait to perform live?

Robin: Again… it’s just too soon to say. I have not recorded all of them yet we are still fine tuning. We’ll talk about it again in a month or so.

In October you performed at Firefest in Nottingham (home town of another famous Robin) what was your impression of the festival and UK crowds?f

Robin: It was great! It was like a reunion for me. The crowd was sensational.

Is there any chance of a return to the UK for more shows?

Robin: Without a doubt.

Are you currently working on a project?

Robin: Aside from my new album, I just finished the new James Christian solo album “Lay It All On Me” Coming out on Frontiers. The House Of Lords project is coming up next.

In 2009 you set up your own label, Her Majesty’s Music Room. Was that a difficult process, and how has it turned out?

Thinking of you collaborations with James Christian, is there a different chemistry when writing/working with your husband compared to others, does that make the creative juices flow more freely? And have you ever considered a Robin Beck/House of Lords or Robin Beck/James Christian tour?

In 2011 you sang for an English band, Saracen, on an EP doing vocals from Marilyn Monroe’s point of view, depicting the life of Marilyn Monroe. Is it a different process when you are singing depicting someone else and did you do anything to get into Marilyn’s psyche beforehand?

Robin: Hey… I just sing my little heart out. I hoped to bring some 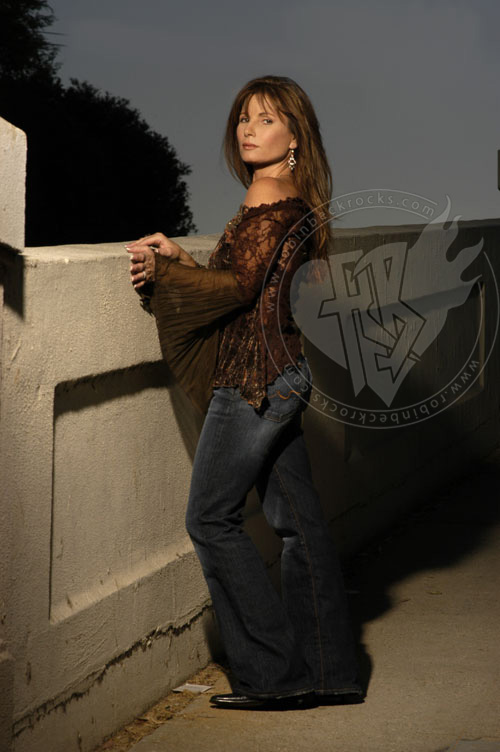 personality to the music that would show the vulnerability that Marilyn possessed. It’s not really like acting… but still I had to emote.

We know we’ve got “Underneath” to look forward to, what else does 2013 have in store have for Robin Beck fans?

Robin: We are thinking about another European tour and of course we are coming to the UK.

Where did you have your first paying job as a singer?

Robin: That would be at “The Sweden House” in Daytona Beach Florida” It was a with a guitar player and we did standards.

Who is your favourite musician and inspiration?

Robin: Wow!! I just love all the greats! John Lennon, Steven Tyler, Janis Joplin and Queen… and there are so many great musicians that I would not know where to begin. All inspiring and always giving even long after they are gone. One day I’ll make a list but it could never be in any order anymore.

If you hadn’t become a singer, what would you have done instead?

Robin: I have no idea! Maybe A&R… but then I would be out of a job. I never dreamed of being anything else and still don’t want to.

What is your favourite song, both yours and another artist? And have you ever heard a song and thought, “damn, I wish that was my song”?

Robin: I have too many favorites to say just one. I really don’t have a favorite one.

I’m going to ask this because you ask it to your interviewee’s… which side of the bed do you sleep on?

Robin: That’s funny… I sleep on the left at home and on the right on the road.

So Robin, you got married in 96? Can I ask, when did you first meet your husband (James Christian) and how did the question get popped?

Robin: I met him in 1995 through some good friends, John and Terry Pena out in L.A. The question was popped in bed.

Finally, is there anything else you’d like to say to your fans?

Robin: I would like to say thank you for supporting me and when I come out to tour please come see me and bring out all of your friends to have a good time. Please visit me on Facebook to say hi and don’t forget to visit my website to get the early release of the new album www.robinbeckrocks.com Love to all and so much more to come

Thanks for taking the time to talk to me Robin. All the best for the new album, and hopefully see you on tour! 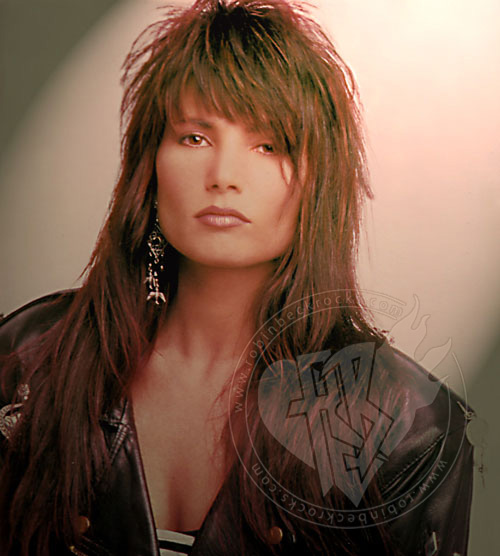 If you’re looking to start a Robin Beck CD collection be sure to start with the 20th anniversary edition of “Trouble Or Nothing” and “The Great Escape”.

Why not leave us a comment below to let us know what your favourite Robin Beck song/album is.

The above photo’s are courtesy of Robin Beck’s website www.robinbeckrocks.com